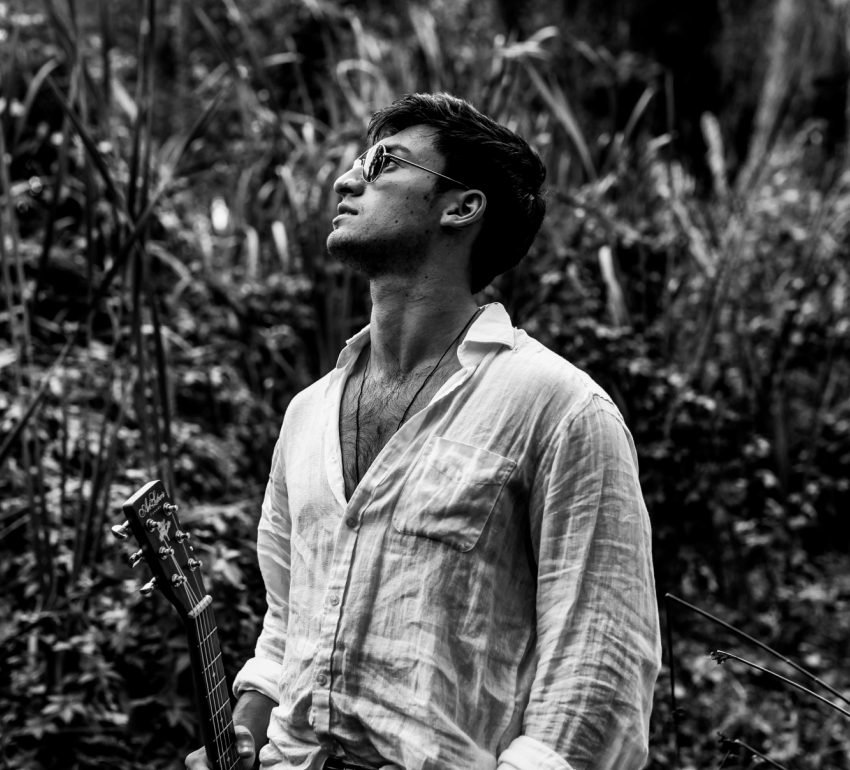 He hopes his music and the beautiful people who are in his team, leave a thought of encouragement, love and support during the lonely hours, the happy hours and the magical yet strangely peculiar hours of their life.

Trent-Jean · Manchester By The Sea
To those not familiar with you, how would you describe your sound?

Big. Brash. Beautiful. Pop – Accompanying you through the woes and glory of human life
Which three albums have influenced you the most creatively?

AM – Arctic Monkeys, A Fever You Can’t Sweat Out – Panic! At The Disco + Continuum by John Mayer
Tell us about the key pieces of equipment that you use to define your sound?

Electric Guitar, a beat-up hip/hop drum kit and a Violin.
Is there any “non-musical” ingredient that is essential to crafting your sound?

The “non-musical” essential ingredient, is the experiences and sensations of life, and in which the way I comprehend it – wanting to sonically articulate that personal take on those feelings into a magical yet strangely familiar moment of belonging for the listener.
Studio work and music creation, or performing and interacting with a live audience, which do you prefer?

I love the full circle aspect from both –  I love creating something so unique and tailored to my process of thinking, and then seeing that unique feeling of mine resonate and relate to the audience – reaffirming that emotions we feel as human beings, no matter how unique or strange they are – are experienced by a lot more people than we realise – reinforcing the theme of being never truly alone. Back to the question, I have to say both!
What has been your most memorable performance so far?

In February before the craziness of Coronavirus struck –  my live band Trent-Jean & The Lovely Bones played a packed out debut show, and hearing the crowd sing back my choruses after the first time hearing them, during the songs.. was mind-blowing. I have a song titled ‘Lovely Bones’ which was inspired by a woman I met, which was in and out of the suicide ward. It’s a song of encouragement and self-love – After the show, I had a young man come up to me, and tell me the comfort that song gave him, that he experienced similar feelings of self-doubt/inner demons and family that suffered from mental health.
I want to create music that leaves a positive impact on the listeners, and I felt it was achieved that evening.
And which performance would you prefer to forget?

X Factor Australia 2015 TV Auditions – An over faux-confident young Trent-Jean, jumped off stage mid-audition and put an arm around young female attendee in the audience whilst singing ‘Never Tear Us Apart’ By INXS – surprisingly I got through, and even more so surprisingly the audition was never uploaded to Youtube. Thankfully haha
Any new or emerging artists on your radar?

Good, Grace – A folk/rock gem-encrusted powerhouse from my hometown of Perth, Western Australia.
If you could collaborate with, or perform alongside any artist, who would it be? And why?

Hozier – I happened to briefly meet him in 2015 after a show of his in my hometown. He bought me and my friend’s drinks and had down to earth conversations about music and life. A true gentleman, and despite the height of his Grammy nod he had such grand humility. A modern-day singer/songwriter Legend.
If you weren’t a musician what would you be?

Barista or Rock Climber
Trent Reznor once said “To me, rock music was never meant to be safe. I think there needs to be an element of intrigue, mystery, subversiveness. Your parents should hate it.” What are your thoughts on this statement?

I agree with almost everything of that statement – My parents love good rock n roll though
Tell us about any upcoming shows or releases you have in the pipeline.

My debut single ‘Manchester By The Sea’ unleashes on major streaming platforms on May 1st! Please stream the heck out of it so I can fund my daily espresso reliance –