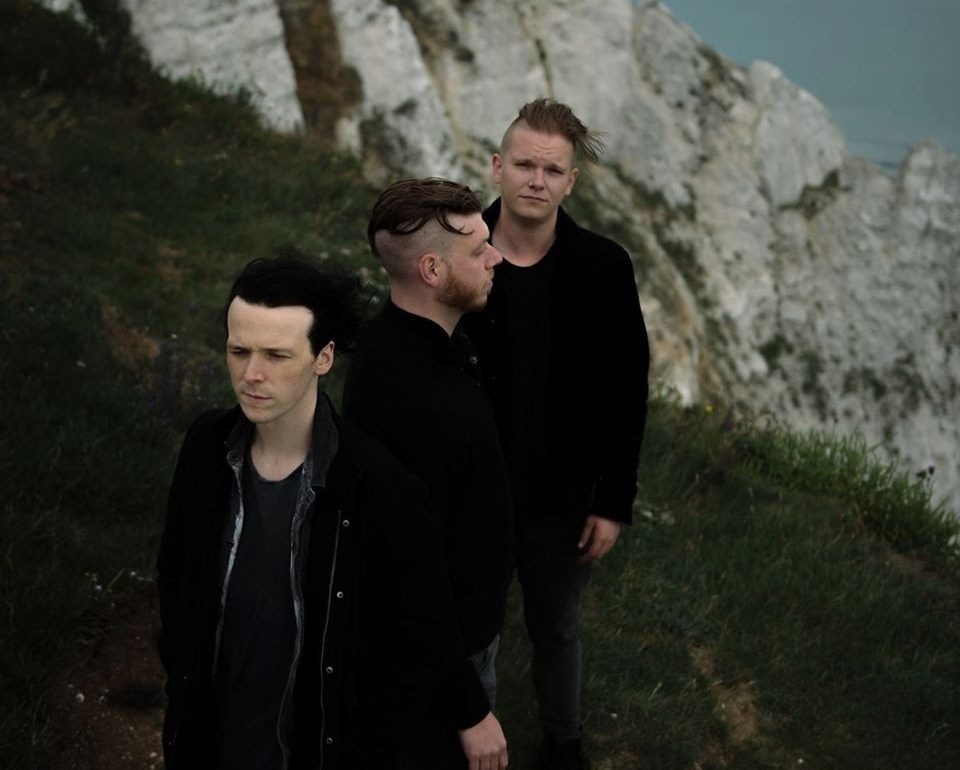 London-based rock band Birthmarks born from the ashes of their earlier moniker Little Death Machine, fusing elements of electronica, trip-hop, and rock with an introspective take on songwriting, experimentation, and production.  The album is full of powerfully emotive songs that are delivered with raw, unapologetic honesty and paint a captivating landscape of the human condition.

See our exclusive interview with the band below:

Oh man, that is a very hard question and would probably change day to day. Today I would say ‘The Queen is Dead’ by The Smiths, the musicianship is next level on that record and is the perfect marriage of beauty and tragedy. It’s a haunting record that kind of becomes tattooed onto you once you fall in love with it.

‘Spiderland’ by Slint, that’s just the soundtrack to my depression to be honest, it’s a black hole of a record and incredibly raw and beautiful. I really wanted to try and capture the same energy that they put out on our record.

‘Primary Colours’ by The Horrors. I’ve been revisiting this record a lot recently. I love how it was a real departure for them, the guitar sounds are amazing. It’s like Joshua Hayward took the baton from Kevin Shields and pushed that sound forward. The guitars sound like waves of adrenaline.

I think being lucky enough to have our own studio is probably the biggest asset that we have, it’s enabled us to use the recording studio as an instrument itself and writing tool in a way that we wouldn’t be able to if we were just renting by the day.

Once writing was near enough complete we did move into a different studio (The Garage, Hertfordshire) in order to actually finish the record and not waste more months playing with synth sounds. I think a big step for the sound was reamping the more electronic sounds through Z amplifiers. I think that created a new fatness and crunch which was missing beforehand.

I also love my Jazzmaster, it’s a guitar that’s full of surprises.

The only thing we really had a manifesto about was ‘honesty’. Are the lyrics honest? Does anything sound contrived musically or lyrically? Walking the tightrope of overthinking. I just wanted it to be raw but articulate. I wanted it to be a mirror, not a painting.

Right now, it’s live just because I miss it terribly. I do love the process of creation though, it’s incredibly frustrating at times but it can be the most fulfilling thing in the world when you get it right.

We’ve been fortunate enough to have some really great and special gigs. Pre quarantine we had a great gig at Dive in Hull with Allusion Love which was a really cool tiny sweatbox gig, we’d had quite a few problems on the day and we’d driven seven hours as it was a one off but we managed to pull it all together at the last minute, it felt like there was a lot of love in the room and was just a joy to be a part of.

The last gig we actually did was a bit of a disaster, pretty much all of the technology that we use decided to stop working just as we were about to start. After much fighting with it we eventually lost and had to just play one song unplugged. It was absolutely gutting. We obviously didn’t realise that we’d have to wait so long to get our next chance.

The new Bone Cult album is great, we play with them quite a bit and look forward to getting some gigs sorted with them when we can. Keyah / Blue is a new artist that I heard for the first time last week, she sounds really great, I can’t wait to hear more. Corey King is an exceptional artist from New York and I’ve had his album on repeat since it came out. Mary and the Ram from York are definitely worth checking out, Eclipse is a great track to start with. Tayne are amazing and have just released a new project recorded whilst in quarantine. Worst World Problems who consistently put out gold. Victim Unit for pure relief. The new Cold In Berlin album is brilliant. PVA are really cool and exploring them more at the moment. We played with After London at our last gig and they blew everyone away, they’re pretty exceptional.

I’d really love to collaborate with Beth Gibbons, I think she has one of the most beautiful voices in the world. She always seems to make really interesting and forward thinking decisions musically and her lyrics seem to come from such an honest place.

Probably in a much worse place mentally.

Ha I’m not going to disagree with that man. I would say that it’s important to take risks but not to been inaccessible for the sake of it. Boundaries are meant to be pushed and broken in search of the unknown.

Well it’s obviously impossible to get plans really in place and everything we had planned has been postponed. I can’t tell you enough how much we all miss playing live and look forward to returning when it’s safe. In the meantime myself and Jonno (guitar, synth) are doing weekly live streams on Friday nights, they’re a bit more lighthearted than our normal gigs but it’s been really nice connecting with people in a different way. I’m currently writing a lot so hopefully we can start work on the follow up to ‘…And Then The Rain Stopped’ soon.