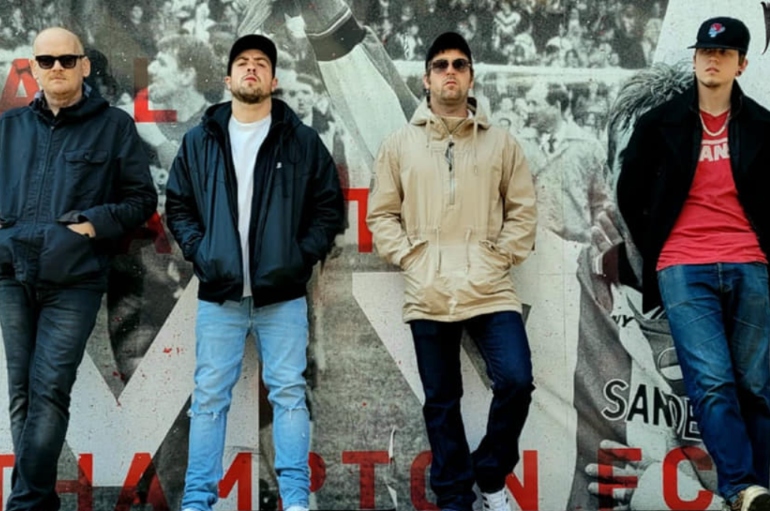 The first single of a brand new EP, Southampton rockers REGENT have unleashed ‘The Thunder’.

Hot on the heels of their debut album ‘Just A Revolution’, released earlier this year, rock’n’roll four-piece Regent have returned with the tempestuous new single “The Thunder”.

Arriving as the first of two new singles to be taken from the band’s forthcoming EP ‘Believe’ (out 3 February 2023), the formidable new track sees strutting guitar lines and bristling vocals build towards catchy and cavorting choruses.

A rollicking slice of vintage-inspired live-ready rock that nods to the past just as easily as thrashes to the future, “The Thunder” lands just in time for the colder days and as the nights start drawing in. As frontman Ben Rooke explains:

“The song is about the change in the seasons, going into autumn and winter, the storms, gloomy mornings, darkness early in the evenings. It’s about staying positive through it all and not going under. “The Thunder” was recorded in a friend’s recording studio… we’ve known each other for a long time so we know how each other works and it’s an enjoyable process.”

With a string of highly-charged releases already under their belts, a cult-following across the UK, and a reputation as one of Southampton’s finest emerging acts, “The Thunder” sees Regent further cement themselves as pioneers of their own insurgent brand of modern day rock’n’roll.

Having attracted praise from the likes of Louder Than War, Earmilk and Gigslutz and more, the band have also gained radio play from Radio X, Frank Skinner on Absolute Radio, Amazing Radio and BBC Introducing as well as RTE2 in Ireland and SiriusXM in the US.

The group’s merciless sound has also attracted attention across TV and sport, with previous releases receiving airplay on Soccer AM, Sky Sports Darts, the Premier League, BBC Six Nations Rugby and most recently BBC One’s Match of the Day.

With their debut LP ‘Just A Revolution’ released earlier this year, Regent have no plans to slow down their roaring upward trajectory and “The Thunder” is a first glimpse of what more is to come from the band over the following  months.