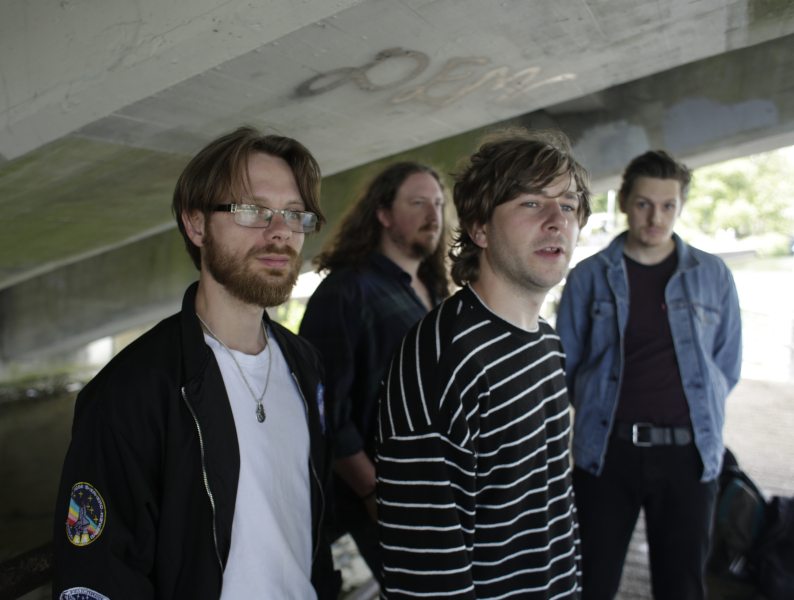 Throw on a band shirt, a patched-up denim jacket, and get ready because the UK rock band Mellor has released the first single from their upcoming album Problematic Passions, and unlike statues, ‘Gargoyle Groove’ is a single that refuses to stand still.

‘Gargoyle Groove’, released via Triple B Records, is a thrilling rock record with a psychedelic edge. Heavy drums and thrashing guitars smash through sound systems, roaring at unearthly decibels and shattering speaker cones. Otherworldly synths add a left-field element, coming and going at chosen moments to make space for a call and response between amplified harmonics and ringing strings.

Some tracks take longer to come together than others, but oftentimes the wait is worth it. Mellor speaks on how they composed the track, “We’ve been playing and developing this song even since before Covid. It was one of the tracks that certainly set the tone for the album. It’s about a psychiatrist who gets a kick out of making people think they’re more ill or insane than they really are. Which is about as dark and manipulative it gets. The thing we love most about this track is the whole verse is just pedalling one chord, but the variants and melody around it meant Gary didn’t have to do anything else, it sounded great.”