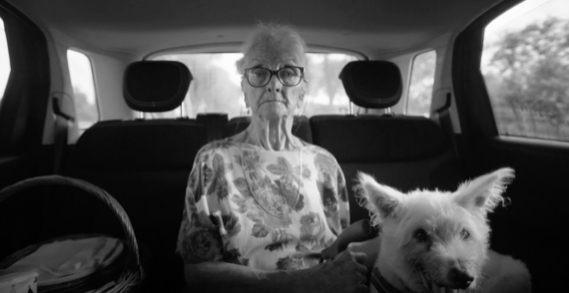 Italian producer Matilde Davoli has shared the video for her latest single ‘Il Coraggio di Provare.’ The track is lifted from her upcoming album Home, set to drop on the 5th of November via Loyal To Your Dreams.

Formally trained both as a producer and a sound engineer, Davoli is currently based in Lecce, Puglia. ‘Il Coraggio di Provare’ made waves as a stand alone track, but the video is an exquisite visual accompaniment to the audio offering. Written and directed by Niccolò Natali (director and co-founder of SANTABELVA – a collective producing films, documentaries and shorts) the video follows our elderly protagonist Caterina.

Davoli explains: “The video for my latest single features Caterina, an elderly woman, who finds a special dress from when she was young, made from a parachute. This memory will transport her far from the picnic she’s having with her grandchildren, and to a post-war summer in the company of military deserters. We wanted the video to be an immersive sound journey of extraordinary evocative power, where the intimate and suspended music marries with Caterina’s emotions, while she digs distant memories that require a little courage to be lived again.”

Catarina’s nostalgia is beautifully conveyed through the story-telling, yet there is an air of stern-faced dignity about her as she recalls the nonconformity of her past. Consistently engrossing, the video delivers a richly humanistic, albeit somewhat poignant portrait of the changing seasons of life. Through his visuals, Niccolò Natali taps into something that even the best film-makers sometimes neglect: our collective catharsis through total escapism.