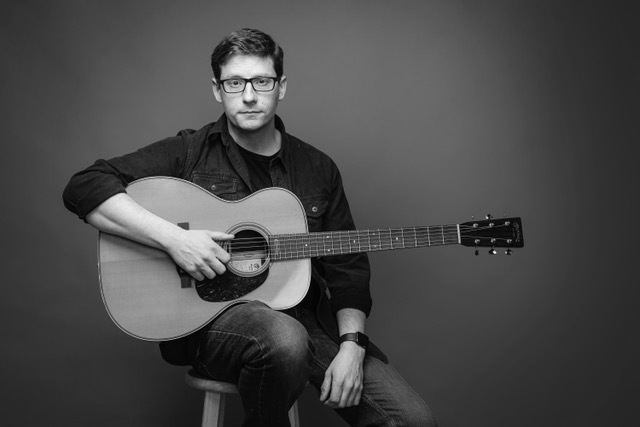 Jon Athans Project’s debut album 20/20 was written and recorded during quarantine, and chronicles an emotional journey through change, shared custody and new beginnings. Jon Athans Project (Jonathan Pretz) is an American singer/songwriter and musician from Reading, Pennsylvania. A combination of influences from the classic 60s and 70s songwriters he was raised on, like James Taylor, Jackson Browne and Paul Simon, and many modern writers from the last few decades like Josh Ritter, Ben Gibbard, Sufjan Stevens, Elliott Smith and Jeff Tweedy, gives his music equal dashes of indie, folk and Americana. While one foot is firmly planted as an acoustic singer songwriter, make no mistake, the other is tapping along to a unique, full backup band.

Friends and musicians from all over contributed talents remotely to the record during the first few months of 2021. The core of the album’s backup band features Boston based Brazilian multi-instrumentalist Kely Pinheiro on cello,drummer and percussionist Dave Butler (Guster, Marco Benevento, American Babies), New York’s Daniel Ori on stand up bass, Breanna Shaw on backing vocals, and Sam Norris on pedal steel from the heart of Texas. A bunch of other incredibly talented musicians from Jonathan’s hometown of Reading, PA show up too. Phil Borell (Sweaty Money) on electric guitar, Christopher Rongione on synths and John Dodson (Gingham, Late Night Stroll) on electric bass. The record was mixed and mastered by Hope Gipson at Nashville’s Nerd Milk Studios.

“For 20 years I’ve been pretending I was going to make a record. 2020 was a year of dramatic change, isolation, shared custody, and love. I had not written a song in over a decade. I wrote 23 during the last six months of 2020. Eight made the cut. They are autobiographical, chronological and intimate. I’d like to introduce my band, Jon Athans Project, and a record I’ve poured myself into, when not virtual schooling my kids, for the last 10 months. Coming mid-June.”