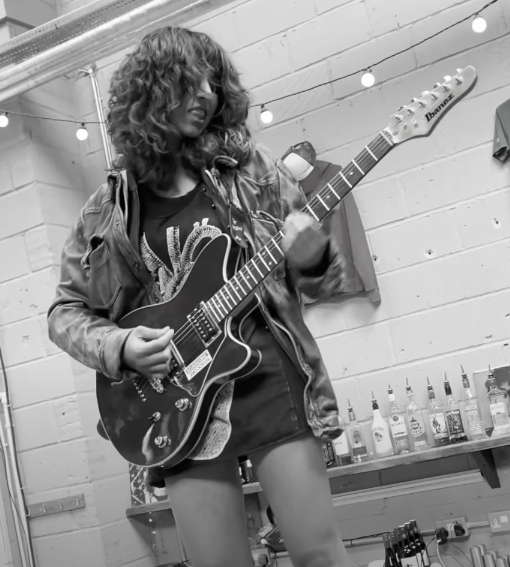 April marked the next release from Brooke Law. Co-written with Ben Earles from The Shires, ‘Talk To Me’ is a cry for help when life gets tough.

‘Talk To Me’ is about growing and trying to find yourself by pushing your own boundaries to find out where the scary edge of your world lies. However, the people you love the most, who are supposed to know you better than anyone think you are just messing up your life. It is a frustrating plea for support and guidance, instead of judgment – something that we can all take note of and relate to in some capacity. Sometimes you just need some loving & a hug.

She is the epitome of a fun, driven, empowering, caring individual. Her music encompasses an era of awareness and empowerment very prevalent today, but is equally influenced by the likes of Janis Joplin, Annie Lennox, and Sia.

In 2019 she was selected by BBC Asian Network and BBC Music Introducing Essex as one of their ‘Artists to Watch’. Her music has received regular airplay across the BBC Network, whilst featuring on instore radio playlists globally, plus a cumulative stream total of 600k on Spotify and 360k views of her music videos on VEVO/YouTube.

Pre-Covid-19, Brooke had been giving electrifying performances on both the London nightlife scene and in some of the UK’s favourite music venues such as Omeara, Century Club, Notting Hill Arts Club, The Finsbury & also had a monthly residency at The Goodness Brewing Company in Wood Green.