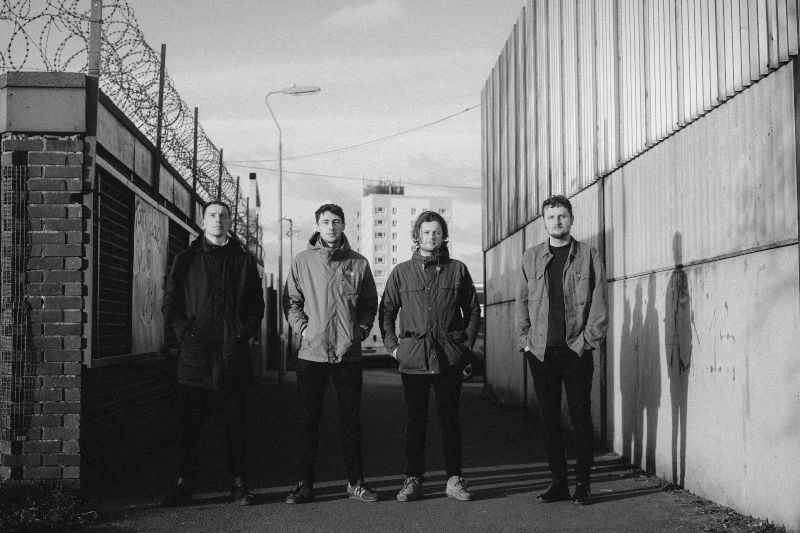 Kicking off 2020 with a headline set at Ice Breaker Festival (Portsmouth), a live performance on BBC Radio Kent and a self-curated live session filmed in a church, the year started brightly for The Pretty Visitors. February saw the release of the highly acclaimed, debut studio single Mystery Woman; receiving airtime on The Chris Moyles Show (Radio X), This Morning (ITV 1) and BBC Introducing.

Covid-19 had soon put a halt to the bands plans with a UK and EU tour, festival slots and numerous headline shows in the pipeline, however the pandemic didn’t hinder their musical prowess with the release of their second single, ‘Head in the Sand’. Having received support from BBC 6 Music, Amazing Radio, BBC Introducing, 3RRR, Orbital Radio and other reputable press outlets, they all nominated ‘Head in the Sand’ as an indie anthem’ delving into the world of ‘Blur, Kasabian, Fontanes D.C and The Streets’. The single has been received with open arms, reaching audiences in the UK, EU, Australia, Brazil, USA and Canada, propelling the new direction of the band straight into the fast lane.

Now rolling into another year as a virtual band, The Pretty Visitors have focussed all their energy on their third studio single, Western Skies and thoroughly believe it is their best single yet. Recorded at the legendary East Cote Studios, London (Yungblud, The Snuts, Mumford & Sons, Mark Ronson, Rita Ora, Skepta) Western Skies poetically depicts the story of everyday small-town life under the back drop of a grooving bassline that sticks to your chest, driving drums that rattle your feet and smooth, anthemic guitars to caress your mind. The chorus’ build and build to the point of boiling, teasing the listener for another round, making this song stadium ready for when live music returns.

The intentions are clear, The Pretty Visitors aren’t here to mess around.