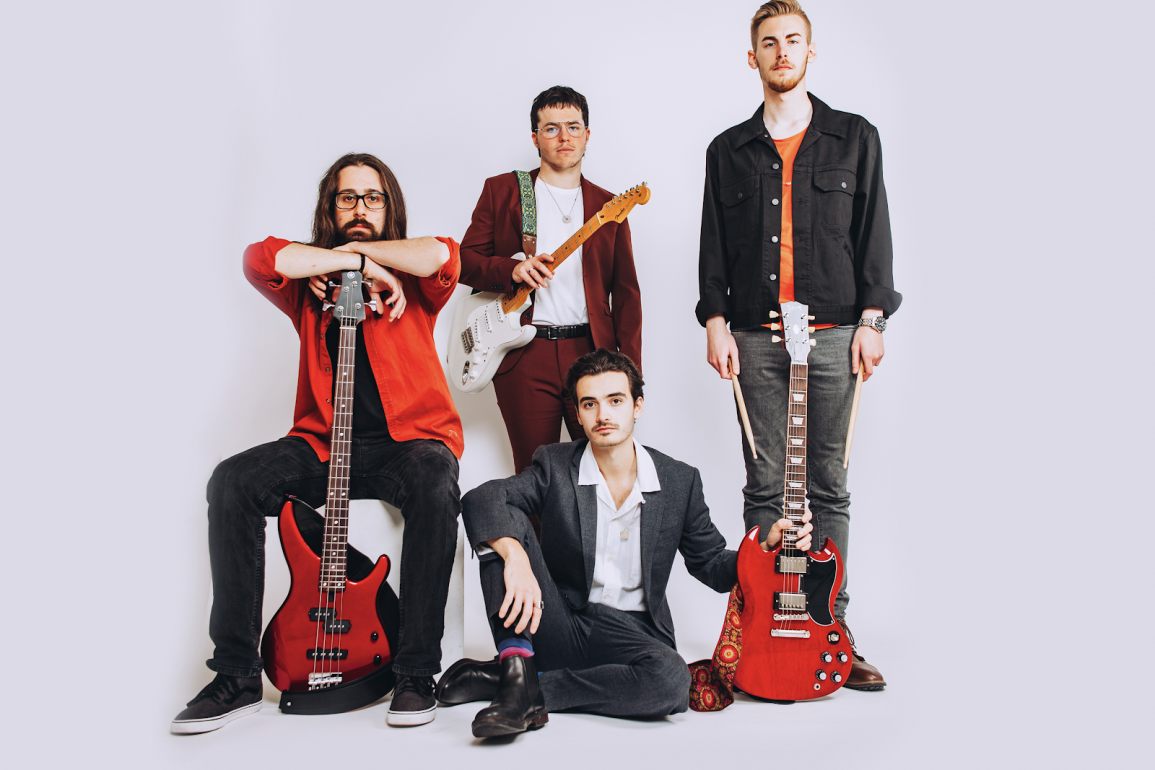 Having raised over £1,000 for grassroots music in a live-streamed with promoters HotVox, London indie-rockers Solar Strides are back with an early release of the lead single from their upcoming EP ‘Demos from Darker Days’. ‘What’s Wrong, What’s Right’, much like the other songs featuring on the EP, was both written and recorded entirely in frontman Jack’s bedroom during lockdown, demonstrating that DIY music is not unobtainable for bands that are relatively new to the scene.

With some of the band’s previously released tracks receiving hot reviews from the likes of Stereo Stickman, Gigradar, Radio Cardiff and Reclaimed Radio, ‘What’s Wrong, What’s Right’ was highly anticipated by Solar Strides fans before it goes live on all streaming platforms.

When writing the track, Jack tried to consider what would be the most important lesson he could teach any future children. This gave rise to the narrative of a ‘coming of age’ type story, which portrays a parent teaching their child that although life has its ups and downs, maintaining the ability to distinguish right from wrong will carry them through.

Musically, the track has a more synthesiser-based sound than previous releases and features the tones of the Roland Juno 106, which has featured in many well regarded songs since its first release in 1984. The idea to incorporate a more synth-driven sound was inspired by bands such as Coasts and Sea Girls, whose indie-pop music has seen both bands amass millions of streams and play some of the biggest stages in the UK.

The track was mixed and mastered by Joe Sage, who has recently worked on releases by bands such as Serotones and Beefywink that have featured on Soccer AM and BBC Upload respectively. Joe has compared the sound of the track to that of an early Biffy Clyro, which the band are very pleased with!

Although the future in the current climate is unpredictable, Solar Strides aim to add to the current list of London-based headline shows that they have amassed in the past year at venues such as The Werkhaus, The Amersham Arms and The Beehive. With gigs scheduled on the 12th of December at The Underbelly Hoxton and the 6th of February at The Waiting Room, the band are hoping to have ample opportunity to display the content of their upcoming EP, which is set to be released on the 18th of December, to a wide audience. With promoters Underground Sound previously describing the band as having ‘an insane stage presence’ after their headline show at The Amersham Arms, these gigs are not ones to be missed!

Solar Strides have more material waiting in the wings to be released in the early months of 2021, which is set to be a very fruitful year for the band.