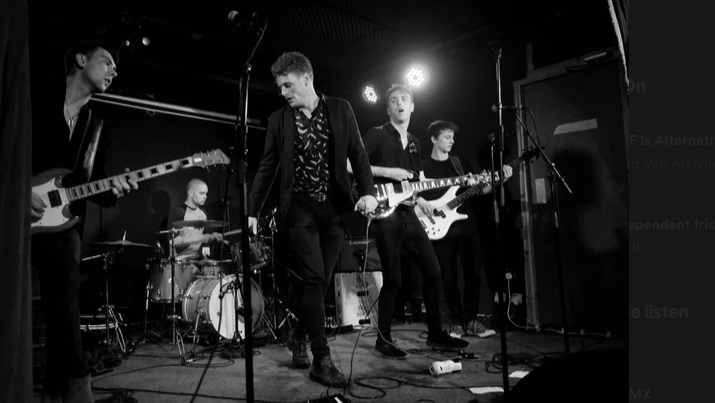 Kyro Jones are an alternative take on the Dublin rock scene, incorporating soul-searching stories of the pressures of life pushed by a whirlwind of untamed melodies and heavy hooks. Listeners have described the band’s sound as a heavy brand of rock which develops from their punk rock ethos and hard-rock mechanics. Having just released their self-produced debut singles ‘What A Shame’ and ‘Fly Away’ they’re going from strength to strength and have released there new single ‘Walk With Me’ on October 1st.

Sharing a mutual love of all things rock the quintet set out to combine a broad soundscape of energetic music. Influenced by the sounds of Therapy?, Foo Fighters entwined by Guns ‘n’ Roses and Joy Division love-story.

The band have been tirelessly working through the COVID-19 Lockdown on new material as they prepare to begin production of their first EP. Produced by Kyro Jones’ own Jonathan Hayes, the band have total freedom to enact their vision of sky-scraping sounds and classic rock raw energy on every track they produce