Getting to know the brotherly trio Dead Menace 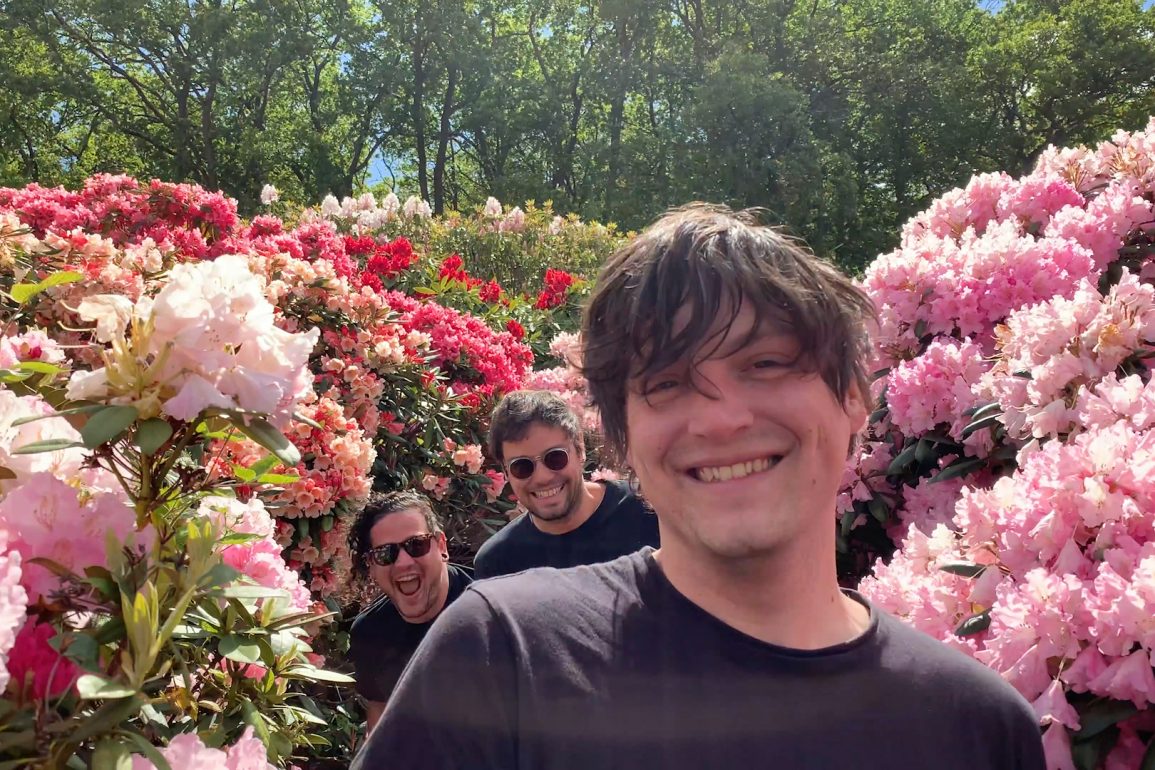 The three brothers of Dead Menace may sound like something conjured up by the Brothers Grimm but fear, not, these Surrey-based siblings are here to enchant your ears this summer with one of the most soulful and euphoric indie songs of recent times, ‘Everyone’s 21’! Created in true DIY fashion, ‘Everyone’s 21’ was written, produced and recorded by the trio during the height of the UK’s lockdown and the accompanying video sees them socially distancing in the rhododendron forests of Earlswood Park in their home town, a perfect backdrop for a track dripping with kaleidoscopic colour and uplifting vibes.

Dead Menace’s previous releases have all had support from BBC Introducing and BBC 6 Music and ‘Everyone’s 21’ looks to continue this trend. Mixed by five-times Grammy winner, Steve Dub (Chemical Brothers; UNKLE; Alabama 3), tech-heads might spot a Roland CR 78 analogue drum machine and assorted antiquated gear on the track. We can but wait patiently until conditions allow for their return to the live stage.

In the meantime, rejoice in the song and enjoy this entertaining interview with the trio:

If pop and electro were secret lovers.. our sound is where they meet in the middle of the night.

The recording process is extremely important to us.. our sound is different and we take pride in creating something interesting and exciting.

We’re fortunate to have access to a great project space.. we get to sing in to a Neumann U87, going in to a Neve 2254 vocal compressor

The Moog Voyager makes it on to every record and we have a bunch of old noise machines in the armoury.

We’ve featured the Theremin on a few records. We’re friendly with Charlie Draper, who happens to be one of the worlds best players.

Collaboration really is key, we’ve managed to get a number of contributions from our friends in music and there’s nothing better than getting to work on something you love with people you love!

Kit: I’ve always been a big fan of behind the scenes. I’ve travelled a lot of the world as a session player, the stage is fun but ultimately as we’ve seen, it’s all gone away and things are still getting on… The hard work is done in those pain pits and that cycle, that recording process is what turns me on about music.

Dan: I had always agreed with Kit but once we got a taste, I really started to like it and I know you guys did… The glow, the shinning that you get!

Jack: Yeah, I think our first gig was pretty fun, and the fact we got it from being played on the radio, that was a buzz… It’s 50/50 for me!

We played our first few shows last year. The first show was at the iconic Windmill Brixton, and we managed to get one more in just before the end of the year at the New Cross Inn.. the crowd went wild at that show during a song called ‘Black Magic’, it was a real moment for the three of us.

We loved it, it was great to finally take Dead Menace from a part-time studio project to a real working band! We came into 2020 with big plans and our live show rehearsed, and well, we all know the rest..

Dan: Maybe one of the live streams?

At the start of Lockdown, we had a release come out.. we were doing some live streams to build up to that.

Perhaps the first couple were a little misguided. It helped us realise “OK, if this is going to be it for a while, what’s the best way to package something that’s going to be entertaining”.

There’s nothing wrong with an artist singing into a webcam but it was pretty stale for us, it really helped us identify mechanically what we need to change – software etc

Noise Lock. We played with them Windmill Brixton, the booker put a lot of thought into crafting the lineup for the night. They were a lot of fun to support.. They have that ‘blow everyone else out of the water’ energy, especially live!

Honess Jones and Kongo Doom are ones to keep an eye out for too.

Kit: I think it would be fun to get really radical. If you’re going to aim high, shoot for the stars.. Post Malone, Yungblud, MGK..

Bouncing our sound with the energy of these new youth rebellion musicians.. Sugar! It would be an experience, even if it’s just swapping backing tracks.

Jack: Trent Reznor for sure.

Dan: Mica Levi.. I don’t know if she’d ever want to produce a band but it’d be delightful to see what a group like ours would sound like through her filter.

It would express itself somehow.. If the band wasn’t happening, you’ve got an actual musician, a writer and an artist. Even if we weren’t a band, we’d be collaborating on something.

We’ve got the brilliant ‘Swarm of Bees’ remix of ‘Everyone’s 21’ coming out September 18th.

The next single ‘Black Magic’ is coming out in October.. we’re actually shooting the video next week.

There might be a sneaky single drop on Friday 13th, then we’ll be all about getting our 11 track debut album out.