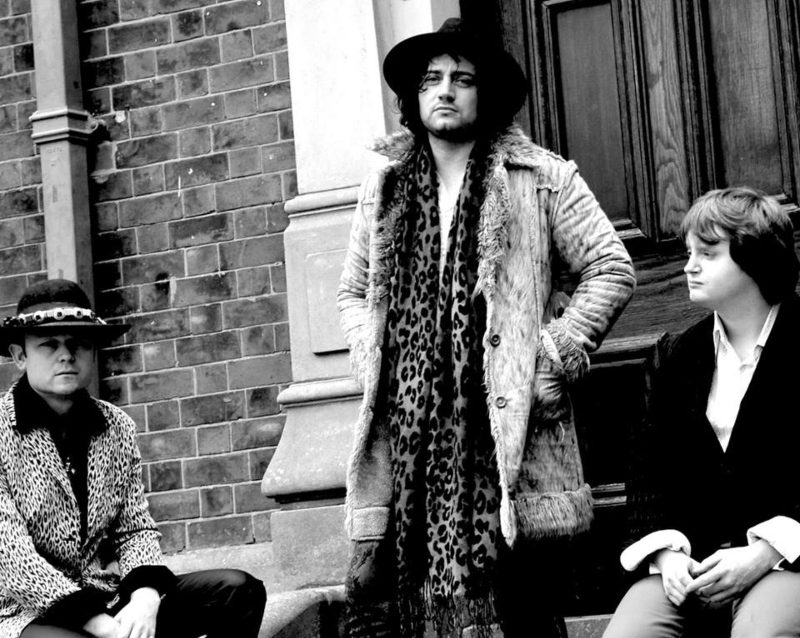 New glam rock band TREMENDOUS have released their debut album RELENTLESS. The album was produced by renowned names such as Gavin Monaghan (Kings Of Leon, Robert Plant, Grace Jones). The band name is taken from a popular catchphrase performed by American/Cuban comedian Joey Diaz. Band members include Mark Dudzinski (Guitar/Vocals), Ryan Jee (Bass) and Dave Lee (Drums). A few of the band’s achievements thus far include extensive radio play and being voted as “Record Of The Week” for the third time on Wolfman’s Radio. Their singles have also ranked number at 3rd and 2nd place in Classic Rock magazine.

We find out more about the rising band in this exclusive.

Somewhere between T. Rex and Aerosmith.

There’s just so many, a good starting point I guess would be something like Use Your Illusion II by Guns n’ Roses. Electric Warrior by T. Rex or Never Mind The Bollocks by The Sex Pistols. You can hear the echos of those albums in our tracks. They are as fresh sounding as ever and are just as vital. They have stood the test of time and sound like they were recorded yesterday.

I guess my main squeeze is my white Les Paul custom which has been the main guitar on just about everything I’ve ever recorded. I don’t think I’ve ever done a show without it. I’ve had a few upgrades done to it over the years. There’s just something a bit magical about that particular guitar. Amp wise I tend to use Marshall heads through Orange Cabs.

A bit of everything, it’s all relative. I guess it’s all one of the same thing really. But saying that there’s nothing that quite beats playing live.

Probably the first show at London’s Dublin Castle. I didn’t know how this would be received and how the album tracks would translate live, with us being just a three-piece. By the end of every chorus we had all of the headliners’ fans singing the lyrics to the songs and they didn’t want us to get off the stage.

Haha, well…I kept getting electrocuted through a mike at show the once. It felt like someone was jamming a needle into my lips. It was either that or stop singing…I guess sometimes you really do have to suffer for your art.

I’ve pretty much played the new Starbenders album to death. They are this sort of trashy glam rock band from Atlanta with elements of Depeche Mode and Fleetwood Mac thrown in.

I’d probably have to say the stand up comedian Joey Diaz. I don’t think he can play a note but if there ever was some sort of comedy music cross over night. It would be with him.

I can’t do anything else. I’m pretty useless outside the music bubble.

Once the lockdown is finished we’ll be sorting shows out, but our debut album RELENTLESS is out now.