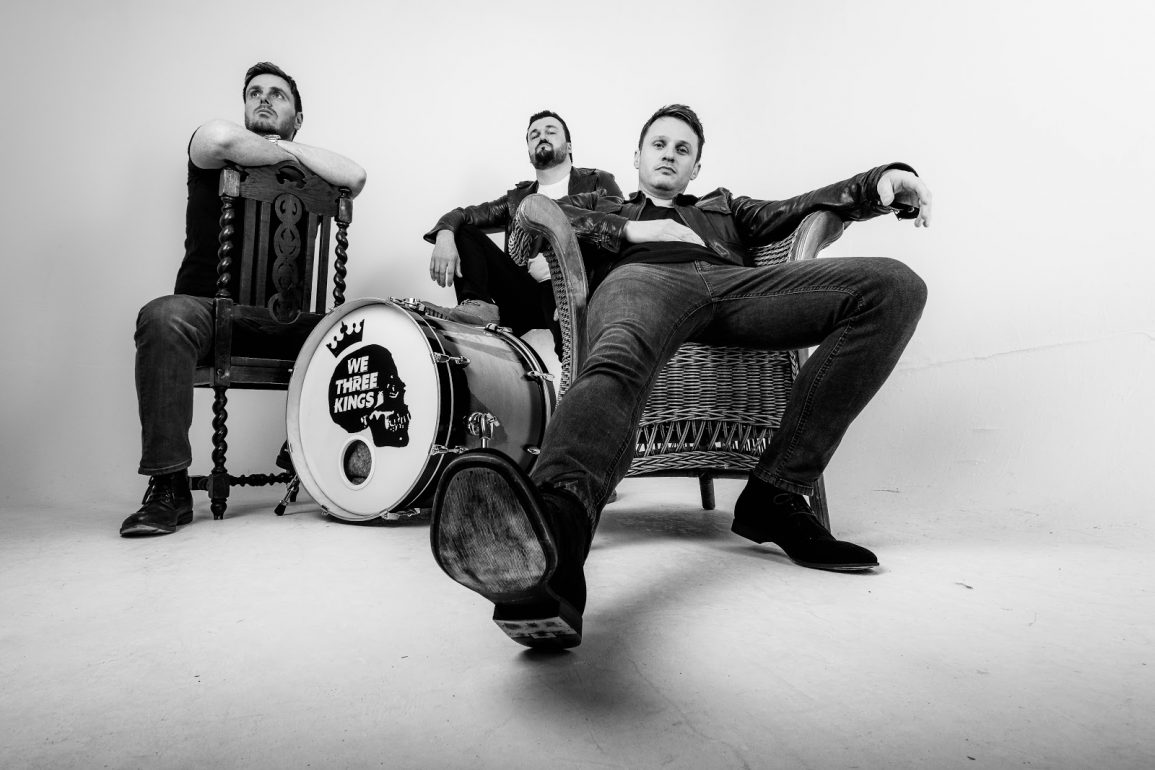 With Rich on vocals and guitar, Ben on bass and Pete on drums, their riff-driven guitar-heavy sound is perfect for a playlist alongside Rival Sons, Royal Blood, The Black Keys, Queens of the Stone Age, Wolfmother and The White Stripes.

See our exclusive interview with the band.

Energetic, Big Riffs, Big Hooks, Big sound!
An experience not to be missed!

Guitar/Bass/Drums!  additional but just as important – Big Muff Pedal for that Fuzzed up sound/Organ Pedal (New to the equipment list!)/Octaver Pedal

The Drummer! No, only kidding! We all bring something different to the table, plus we all genuinely get on and don’t take ourselves too seriously. This creates the whole creative process so much more simple and easy.

These are two very different experiences, both with their rewards, but Live is where it’s at.

Supporting Michael Monroe last year. Great gig, Great venue, great crowd!
And which performance would you prefer to forget?
One gig stands out, we were all feeling quite positive, with fresh new tracks written and recording time booked in, we had a showcase night booked and expected it to be a good night.  As it turned out, the venue was quiet that night, we literally played to the bar staff and the other bands – We were first on the bill but still, it was a very humbling feeling!  We still absolutely smashed it!

We are big fans of Canadian band The Blue Stones at the minute
If you could collaborate with, or perform alongside any artist, who would it be? And why?
There are so many we could choose….. but it has to be the man – Jimi Hendrix.
Just because the riffs we would’ve come up with would just be unreal, and the live show would just be out of this world!

IT boss or Marketing manager or Headhunter! – Of course!

We have just released a single (Friday 21 Feb) called S’alright (G.O.T.I.T) you can find it on all digital platforms, we also have a music video for the single which is on our Youtube channel.