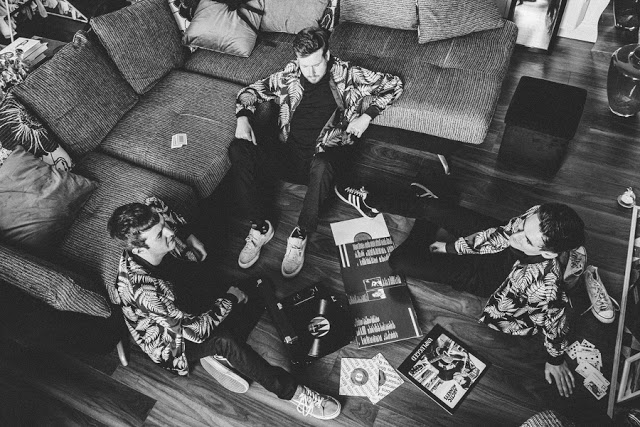 The Burma released their new music video for their song titled ‘When You’re Gone’, prior to their upcoming EP Sugar Moonlight set for release on the 3rd of April 2020. The band has performed at festivals like Vantastival, Doolin Folk Fest and Whelans Ones to Watch. They have had support from acts like Joe.ie, Jammerzine and Golden Plec. After their first single (2018) titled ‘Quicksand’ popularity reached national airplay and rotation, that resulted in their music being streamed over 10 000 times.

The band consists of old friends Tony O’Donovan (vocals) and Peter Piggott (guitar), and add on to the friend circle in 2012, drummer Cian Doherty.  These friends knew each other for six years before releasing ‘Quicksand’. All three members come from musically orientated families, some of their relatives were making a living in the industry. The band is inspired by American Indie music of the 2000’s era variety, as well as British guitar bands of the 80’s and 90’s. Major influences on their music include The Killers, The Smiths, Arctic Monkeys, and The Strokes. Their sound is reminiscent of bands like Coldplay, Oasis, and singer  Liam Gallagher.

The band shares their challenging experience creating the music video, “We did the video for this one with Isla Media, our buddies from Cobh. We’ve done a couple of videos with them in the past and we’ve loved them, we have great craic doing them too which helps because it’s usually a really long day. We shot the video in Mill Studios in Dublin, it turned out to be practically the only studio in Ireland that would work for the idea we had. We were giving up hope until the lads eventually found this place and it turned out to be perfect.”