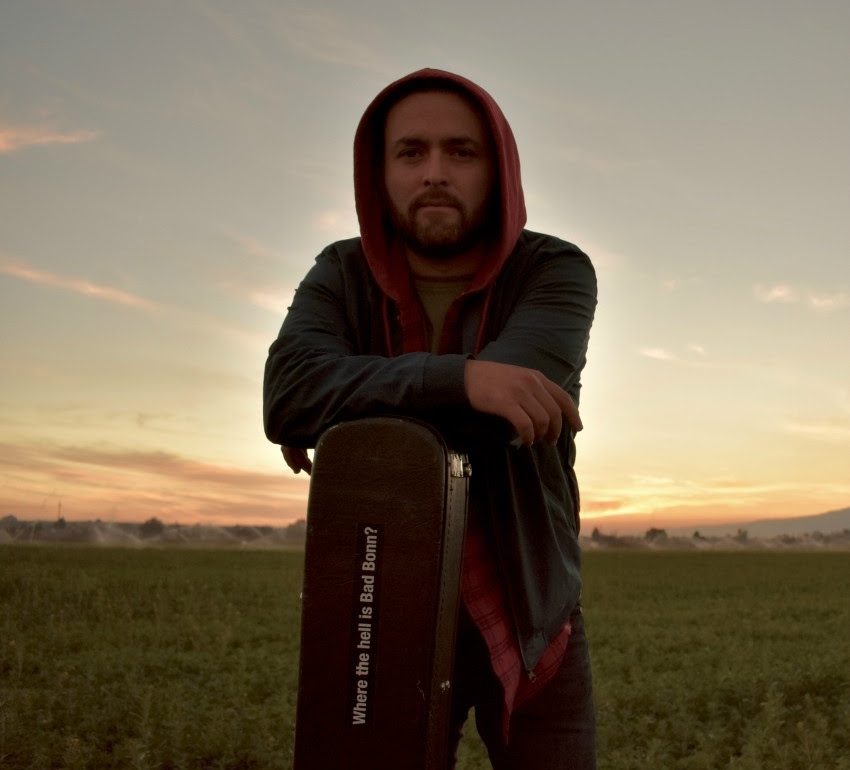 Mexican singer/songwriter Beser had started a solo project in January 2019. After years working in several group projects, including SVND, he emerges as a solo artist with a more personal side to his musical nature as he continues to create songs to share with others.

A project with both Spanish and English lyrics, Beser is a showcase for music as a universal language, emphasizing that as long as the feelings are there, the language should not matter. At the end of 2019 Beser worked in the studio for recording new songs that will be released later this year.

First of all, it is always hard to put my music in a genre because I´ve never thought about it like this. Never thought about having a rock or funk or punk or project. I always do what comes naturally to me. I always try to keep it simple. Non super elaborated chords or riffs, but always trying to get feelings in there. I think the music can have the feeling of being part of the soundtrack of a movie. There is always passion when singing. Having the main instruments of a band is always important for me. Guitar, bass and drums. And making this 3 match together is the beginning. Then I like to use synths and other elements to put some “salt and pepper” on it. It is an honest sound that is not trying to sound similar, even if it will surely do, because it is impossible to have no influence when making music.

Well, I think this can be answered with a bit of the story of my life in music. So I got into music cause my brother really pushed me into playing the drums with him. He wanted to make a band and needed a drummer, and the best way to get it was convincing his younger brother (me) to learn and play with him. We used to play mainly Green Day. So I kind of learned the whole “Dookie” album on drums, so this was of course my first big influence. After this, I was already playing, and you know, we always want to be the very best musician ever. In my case, I was the best drummer. Friends of mine would listen a lot to progressive rock, but I discovered The Mars Volta – “Deloused in the Comatorium”. I loved this album, and it helped me grow my music range, if you can say this. So this album I heard it so much and always tried to play it. Super difficult to do, but I think I did it ok. The last one was “Only by the Night” by Kings of Leon. As I said I used to play drums. But when I listened to Use Somebody, I really wanted to sing this song. So we could say I started singing because of this. It is important to say that I have always played guitar cause our mother taught us since kids. So with this song I started to listen to the whole album and then became a big fan. I learned that music doesn´t have to be super complicated to be great through KOL. So these are the 3 albums.

Even if it may not be there all the time or if it is not as present as you would think, it is the electroacoustic guitar. Almost every song I´ve done starts with this guitar and voice. After some production, sometimes the guitar will stay there or disappear or maybe just be super quiet on the back. I like travelling and it would be so difficult to carry any other instruments. So this is also why I consider my guitar like my main equipment. It is always with me, and I perform acoustic a lot at the moment. Since I don’t have the budget yet to travel with the whole band, my shows are acoustic versions of the songs.

I have notebooks. Small ones. And I always divide them in 2. The first half of the notebook will be something like a diary (which I don’t write daily) where I like writing let’s say the journey I’m in. And the other half will be lyrics ideas. I can’t say the lyrics are there, because I kind of write something, and then if I feel it can be part of a song I´ll use the idea and do the lyrics from this.

I prefer performing and interacting. I feel this is a very challenging part of this thing we call music. Performing is a super difficult thing to do. You are there and it is you and only you that will make a great show or fuck it up. This pressure is something you have to work a lot. If you rehearse and do what you have to do, then you will be able to do a great show, and the reward is awesome. When people like your live performance it feels awesome!!!

I played the Sofar Sounds in Toronto last year. This was the first year of Beser as a project, so having this gig meant a lot. People really liked the show and gave me a lot of confidence to continue doing this. Plus sofar shows are really intimate and this makes them really special. Interacting with people during and after the show is a really nice thing to do.

I love Michael Kiwanuka. And there is this amazing German singer called Annenmaykantereit. These two guys are great. Jorja Smith´s tiny desk is also something I really like at the moment.

I think Michael Kiwanuka. I would love to collaborate with him. Or at least be the opening act for him. I love what he does. ‘Love and Hate’ is a song that I really like and that came to me at a difficult time in my life and it really helped me pass through this moment. I love the way he does music and his voice and style!

I guess I would love to live on a farm and do agriculture. I think this is a really nice way of living. Not easy, but nice.

Well, I think somehow music should be something like this. Thinking about music as art, art should always have some controversy in it. Even if the artist does not intend to do this, art always has it in my opinion. So maybe it is not your parents who hate your music, hahaha, but someone will do!!!

So, at the moment I don´t have too many shows booked. I am working on the promotion of my new single ‘Down’. And some music is already in the mixing and mastering stage, but still need to figure out when it will be released, but surely somewhere between April, May.