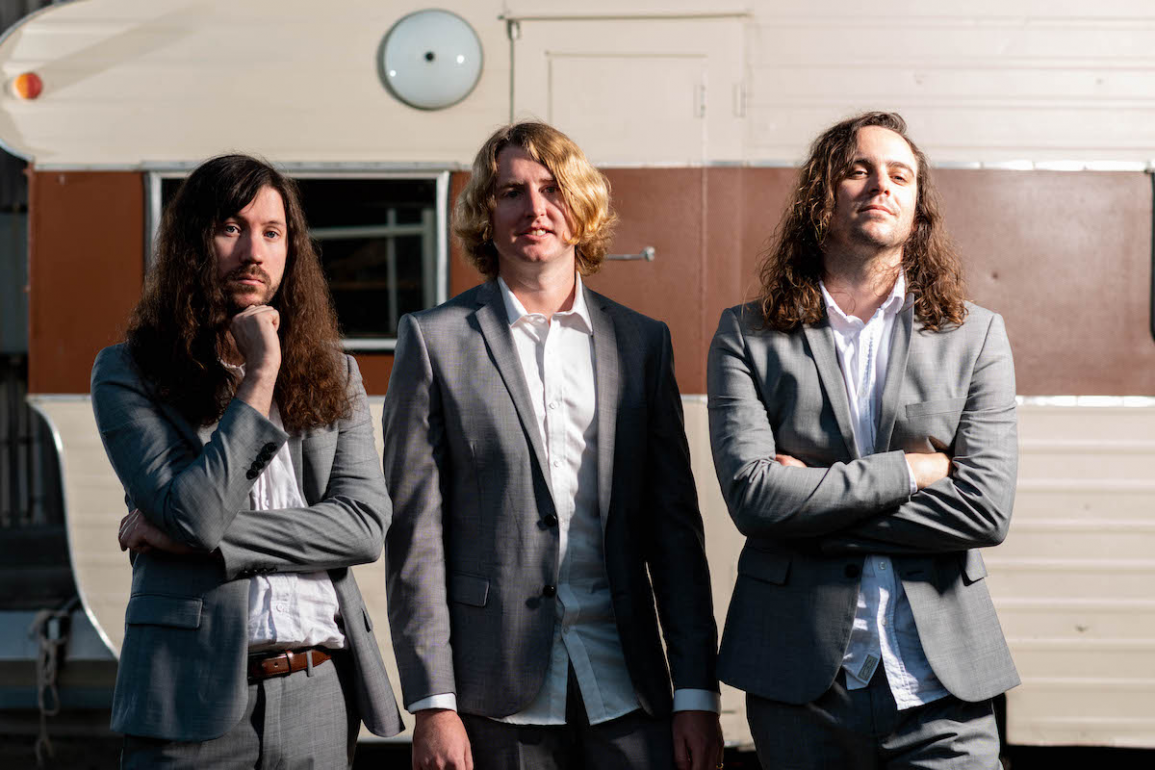 The people’s favourite thrash-party headbangers, DZ DEATHRAYS, serve up ‘Still No Change’ the punk-inspired third flavour from their forthcoming album Positive Rising: Part 1 – which is scheduled for release 30th August through Alcopop! Records (UK) and I OH YOU.

‘Still No Change’ packs a punch of raw punk insouciance. Alongside singer Shane Parsons’ documentation of feeling directionless, “it always feels like the time is wrong, all in all I guess it’s just a little unresolved,” the track is sprinkled with hopeful moments in the form of an underlying pop melody that leaves you humming and tapping along from first listen. It’s a juxtaposition of melancholy and joy – and some of DZ’s most reflective work yet.

“’Still No Change’ started from a writing session with Kim Moyes (one half of The Presets) and evolved into one of our more melodic moments on the record. Influenced by Ramones and The Strokes, ‘Still No Change’ delves into the idea of expectations of others and yourself to constantly be changing or evolving in life but not always knowing the direction you want to go.” – DZ Deathrays

‘Still No Change’ follows the first cut from Positive Rising: Part 1, ‘IN-TO-IT’, which set the tone for the band’s triumphant return to form. Accompanied by an enthralling and gritty visual, ‘IN-TO-IT’ has so far collected widespread love across triple j, community radio and RAGE. A second taste of their fourth anticipated full-length took the form of ‘Year Of The Dog (feat. Matt Caughthran)’. Dropping on 15 July ‘Year Of The Dog’ features the frontman of The Bronx – one of DZ’s all-time favourite bands, a testament to the band’s international recognition and adoration.

Positive Rising: Part 1 is a palpable and tangible progression for DZ Deathrays. Alongside Matt Caughthran’s (The Bronx) feature and the Kim Moyes (The Presents) co-write on ‘Still No Change’ Positive Rising: Part 1 also features Kirsty Tickle of Exhibitionist – yet still serves up DZs’ signature hard-hitting riffs.

On their new album, DZ Deathrays explore some unchartered territory; expect a blurring of genres, daring melodic tactics and even some spoken word. With new official third member Lachlan Ewbank joining Shane Parsons and Simon Ridley, a definite new lease on life has been breathed into DZ’s world with Positive Rising: Part 1 strapping the listener in for an unexpected yet familiar ride.

2018 was a huge year for the band, with their third LP Bloody Lovely debuting at #4 on the ARIA charts and earning them their third ARIA nomination for Best Rock/Heavy Metal Album. Earlier in 2019, DZ Deathrays released a long-awaited hip-hop collab with Australian heavyweights Trials and Briggsand young prodigy Jesswar in ‘Front Row Hustle’.