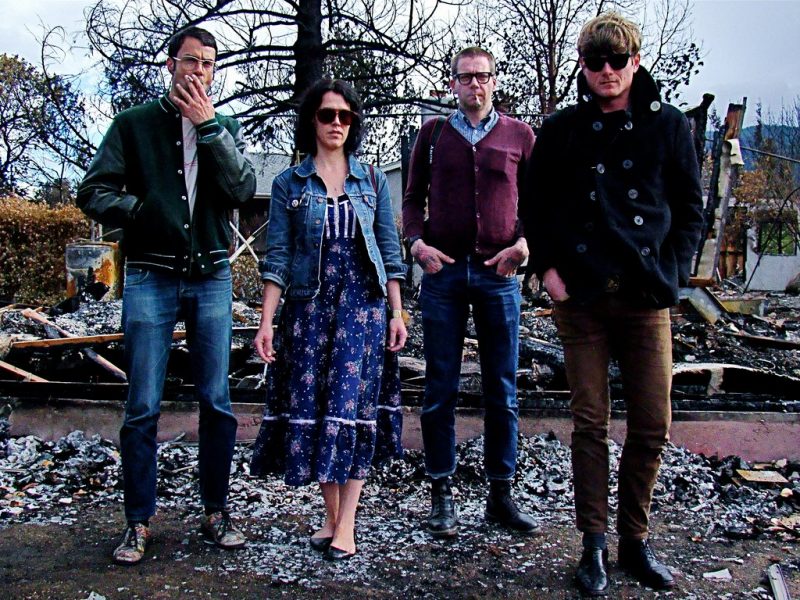 Oh Sees have shared the video for their new track “Captain Loosely“. Director Matt Yoka shot the video down in El Paso at the border of US and Mexico. It’s a subtle instrumental track with stunning visuals.

The band also made a statement on the recent tragedy in El Paso, Tx:

“In reflection of the very recent murder of innocents in El Paso , we send our love to the victims and the victims families. We record in Tornillo TX (right near El Paso) and are very much in love with the people and families of these border cities. We paired up with Matt Yoka to make this minute dream scape of life and commotion on the border in these often brutal times. People from anywhere on the planet have the right to ask for asylum in our country. This is one of the building blocks of our nation that we are failing to uphold. Hate and fear have been a cancer in the dark corners of our country through its history, violently making its way to the surface. We must resist and fight this evil at all costs.“
– Love, Oh Sees

Director Matt Yoka added, “This video is a space for reflection. How has this bad dream become our reality? Now, with news of the hateful massacre that occurred in El Paso… I fear we are slipping further into a nightmare. I pray that love and empathy will wake us up soon.”

Two weeks ago, the band shared the video for “Heartworm” on Kerrang!. The band also announced that their 8/9 show in Pioneertown will benefit the East L.A. Women’s Center. Earlier last month the band debuted the “Poisoned Stones” video on Stereogum. In June, the band announced a new double LP titled Face Stabber. Along with the LP announcement, the band shared the 20+ minute track “Henchlock“. Face Stabber is out 8/16 via Castle Face Records. The band also announced new dates as part of their lengthy North American tour this fall. Dates are below.