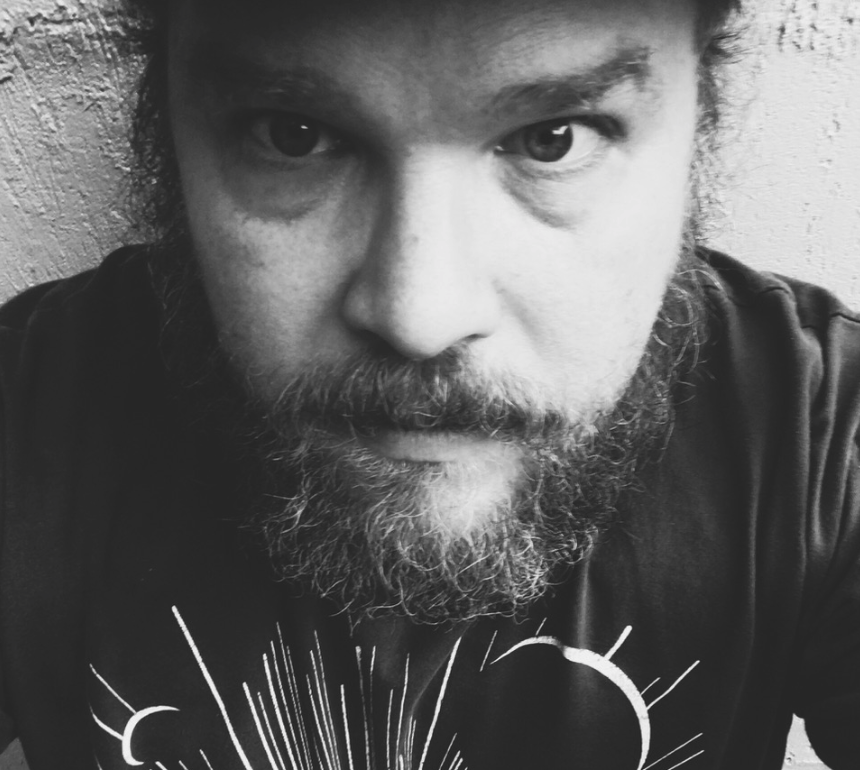 David Baron recently released his new single with Lettie and Madeleine ‘People of No Concern’ via here & Now Recordings and it is as sweet as it is deep. The New Yorker has a list of credentials to make your heart flutter. From working alongside The Lumineers, Lenny Kravitz, Peter Murphy (Bauhaus), Simone Felice, Shawn Mendes, Meghan Trainor, Melanie De Biasio to Bat For Lashes, Jade Bird, Vance Joy, Matt Maeson, Conor Oberst and Phoebe Bridgers.
On ‘People Of No Concern’ however, he collaborated with 11-year-old Madeleine, an avid singer, guitar player and gymnast, as well as Lettie, a London based singer-songwriter composer who has, since 2008, released three albums with Baron to much critical acclaim.
Baron recently took the time to answer a few questions for Relish Rock about his sound, how he achieves it and the night Lenny Kravitz called him up for a favour.
To those not familiar with you, how would you describe your sound?
Neo-classical with analogue modular and pop influences. Downtempo. Melancholy.
Which three albums have influenced you the most creatively?
Miles Davis – Kind of Blue. Beatles – Abbey Road. Moon Safari – Air.
Tell us about the key pieces of equipment that you use to define your sound?
I own a lot of historic analogue modular synthesizers. The Arp 2500 is a big part of my sound. A large scale modular built in the early 70s. There are only about 25 systems surviving. It was the synthesizer that communicated with the aliens in Close Encounters of the Third Kind. Also the main synth on Elton John’s Rocketman and The Who’s Going Mobile. I also use original Helios EQs (the Olympic Studios Sound) a real EMT plate and Roland Space Echo. I have a Steinway and Bluthner piano…and Schoeps Microphones for the strings.
Is there any “non-musical” ingredient that is essential to crafting your sound?
Coffee and red wine! My studio is at my property which is on top of a mountain overlooking a beautiful lake. Nature plays a huge role in my process. Also my cat. She’s possessed but we have an understanding.
Studio work and music creation, or performing and interacting with a live audience, which do you prefer?
Studio work and music creation by far. It’s been my whole professional life. I perform only very rarely.
What has been your most memorable performance so far?
I played piano with Lenny Kravitz for a show called CNN Heroes. He called me a few days before and asked me to play the piano part I did on his record on some tv show. I figured he’d add a band, etc…come the date and it’s just him and I. Live on tv. And he’s cool looking. I just look like me. I was thinking of wearing a Viking Helmet just to make a statement (and newfound DNA results). I went with just a regular hat. It was scary and fun. We ate matzoh ball soup and drank craft bourbon in the after party – where we determined that Dark Side would be depressing to be the only record to take to space. You’d have to take at least one happier record.
And which performance would you prefer to forget?
I haven’t done tons of terrible performances but I wrote some commercial music – like a theme song for a reality show about paternity tests that’s probably best forgotten. It had a 70s cop show feel!
Any new or emerging artists that have piqued your interest?
Gosh, so many right now. I love some of the ones I have worked with recently including Jade Bird and Josin. I like pop music – like Lizzo and Billie Eilish. Nico Muhly, Daníel Bjarnason, Missy Mazzoli in the new classical genre. So much to be excited about.
If you weren’t a musician what would you be?
An odd man with disconnected facts that talks too much. Vaguely professional. Perhaps a failed alchemist. Music forces me to take breaks from talking nonsense. It gave me a life cause.