Interview: We catch up with Erika Wennerstrom 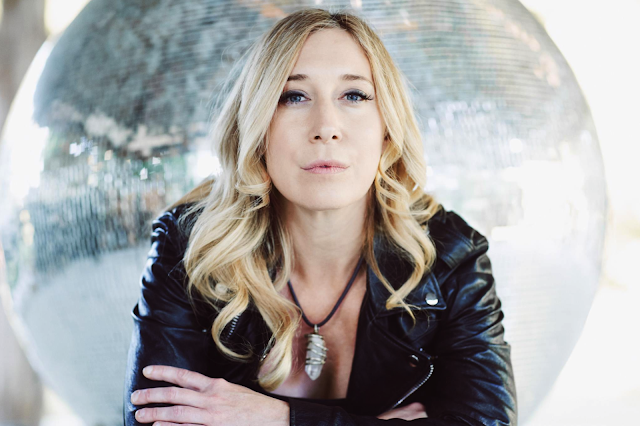 Erika Wennerstrom has been known as “the voice” behind Austin’s Heartless Bastards since their inception in 2003. The band garnered considerable success, released five albums and cemented their status as a live act of epic proportions.

Wennerstrom has since taken a plunge into the unknown, figuratively speaking, with the announcement of her solo debut Sweet Unknown.  Leaving the security of a well-known act, she has embraced her vulnerabilities to grow creatively and personally. The resulting album is spectacular in depth. Wennerstrom has faced her shadow self and emerged victorious with Sweet Unknown as a memoir of her lessons along the way.
We chatted with her about the emotional journey that resulted in the writing of Sweet Unknown, her influences, and her songwriting process as a solo artist.
Set the tone for us. How would you describe the sound on your new solo album Sweet Unknown?
I have a lot of influences on it. Pink Floyd, Harry Neilson, and The Band are a few. Its got some blues, folk, rock and roll, soul and a bit of country.
Take us through your songwriting process. How has it differed in terms of being a solo artist?
My song writing process is still similar. It starts with melodies in my head, sometimes I have a full picture, and sometimes it slowly reveals itself, whether it be a few days, weeks, months, or even years.  Once i get the arrangement figured out I bring it in to work on. In the past with the band I would talk about the vibe and they would help me get there and they would make suggestions in arrangements or other ideas. I really value their opinions.  When the band wanted a break  I didn’t have my support system.  I really had to learn to fully trust myself and my instincts.  I found it very exciting to play with different people. There was a revolving cast over several different sessions. I felt the more the merrier.
What do you consider to be the 3 albums that  have influenced you the most?
I have so many influences and sometimes it’s really that one song on an album that has changed my life in moments more than an entire album.  I’m just kinda making this up on the spot. Mazzy Star ‘So Tonight I Might See’, Led Zeppelin ‘IV’, and Bob Dylan ‘Bringing It All Back Home’
The emotional journey that resulted in the writing of Sweet Unknown was influenced in part by a powerful experience using Ayahuasca. Renowned ethnobotanist Terence McKenna once said “Ayahuasca is driven by sound, by song, by whistling. And its ability to transform sound, including vocal sound, into the visual spectrum indicates that some kind of information processing membrane or boundary is being overcome by the pharmacology of this stuff. And things normally experienced as acoustically experienced become visibly beheld, and it’s quite spectacular.” As a musician, what are your thoughts on this?
Yes I could see that. I’ve had visions that were enhanced by music in the experience. I would find it very difficult to describe. Every person experiences are different though. I’ve done it quite a bit and I’ve never had the same experience twice. Typically Icaros are sang by the Shaman in ceremony. There  are some traditional ones but most have their own songs that come to them during a dieta vision quest.
Sweet Unknown is a deeply personal album, and has been described as “the Soundtrack to your soul”. You’ve also mentioned that writing music has been a helpful tool for your own self-healing. What is the most memorable response you’ve had to your music?
You know I’ve spent a lot of time being hard on myself, and I used to find it hard to take compliments. In the last several years I had quite a few folks tell me how I helped them get through a difficult time in their life and I really started listening to that. When I’ve had writers block in the past I felt like I would get stuck in my own head and I felt a little too self involved. I write from my heart and for myself first and foremost, but just thinking about the idea that someone else might find comfort in it has given me more of a sense of purpose. I think music brings us together and reminds us we’re not alone with our thoughts.
Is there a song on the album that is a particular favorite, and why?
I think one of my favorites is ‘Good to be Alone’. That song is the idea of being more present. I had a basic structure for the song, and wanted to trade off between my vocals and guitar, but a lot of it was add lib. It’s 10 minutes long and there’s a tempo change through the song. Since there’s no click track metronome, it had a be a solid take from beginning to end. We got it on the 3rd take! These days lots of songs are cut and pasted and spliced. Like, you get the 1st half of take 5 and the 2nd of take 1 for example. This was all in the moment. It was the most exciting song I’ve ever recorded.
If you had to choose between never playing live again, or never being able to release music again… Which would you go for, and why?
I like the idea that a recording can reach people across the world even if you haven’t been to a particular place. I also love the energy of performing live. Touring can be hard on your body with all the travel though, and it can also be tough to be away from family and friends. I would probably give up touring.
In your eyes, what is the most important quality for a musician to have? (Originality, adaptability, honesty, etc.?)
I don’t really have that answer. Sometimes when I like or dislike something I’m not even sure why. Somethings just draw you in more personally than others and for different reasons.
If you could work with any artist (past or present) who would be your ideal collaboration?
Jimi Hendrix!