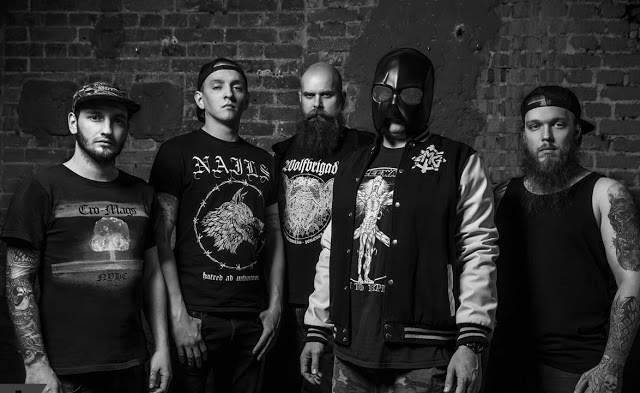 For those unfamiliar with the Moscow-based thrash metal band, get ready for some heavy, loud and downright aggressive tunes. Siberian Meat Grinder launched in 2011 with their first EP Hail to the Tsar. Band members Vladimir (vocals), Maxim (guitar), Mihail (guitar), Andrei (bass) and Egor (drums) are all  powered by graffiti, skateboarding and barbaric mosh!

Siberian Meat Grinder not only gets their crowd wired up with their acidic rapid-fire lyrics but also with their spectacular effort to help those in need. With one of Russia’s largest crowdfunding platforms they recently launched a massive charity action with the release of their album Metal Bear Stomp. All profits go to a charity called A Gift To The Angel Foundation.

Having played over 150 shows, 20 major festivals and toured alongside artists like Agnostic Front, Terror, Sick Of It All, Deez Nuts, Nasty, No Turning Back and Napalm Death, it’s safe to say that Siberian Meat Grinder is busy doing great things.

The lead single ‘No Way Back’ has gained over 180k views on Youtube since its release. Watching this video showed me that Siberian Meat Grinder has no problem engaging with their fans. They have an energy to them that few metal bands possess, whether with crowd killing or simply allowing fans to interact with the band members on stage.

Their latest album ‘Metal Bear Stomp’ is available on Spotify and contains 12 tracks to slam out to!