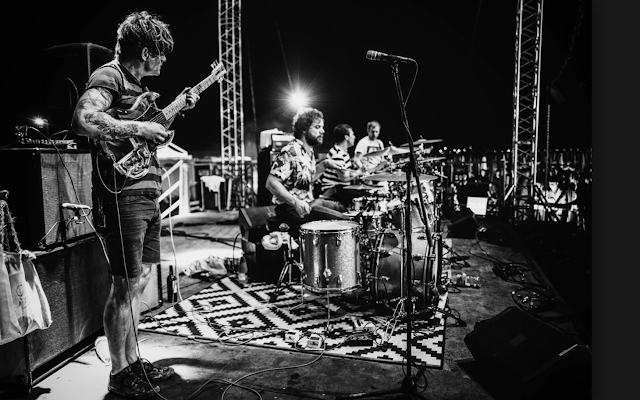 International headliners Oh Sees (USA) and Moon Duo (USA) have already got fans wriggling with excitement. New additions to the bill, including the historical BLK JKS, along with a plethora of other top quality local acts has elevated the festival’s presence as a carefully crafted and well-poised music showcase of South Africa and abroad.

Endless Daze Festival is the brainchild of Psych Night, a group of five like-minded music lovers from Cape Town, South Africa.
Launched last year, Endless Daze grew from over four years of smaller and indoor-venue events that were organized by a group of friends looking to foster a music culture in the Cape Town, that hadn’t quite gotten there yet. This formed Psych Night, which has been supported by Vans South Africa from the get-go, whom has thrown a mountain of support behind the vision. Collectively Psych Night and Vans have toured six international acts through SA, namely: Night Beats (2013), Golden Animals (2014), Allah-Las (2015), The Black Lips (2015), Froth (2016) and The KVB (2016).
Psych Night targeted a music scene (for lack of better words) that essentially sits under a Neo-Psych Rock umbrella. This opened up a wide and beautiful array of playing styles, sounds, experimentation, unique interpretations, colour and musical form: envision Woodstock-era now and you have Endless DazeFestival. The team prides itself on delivering a safe, fun and beautiful environment for people to come together and celebrate good musicand the great outdoors.