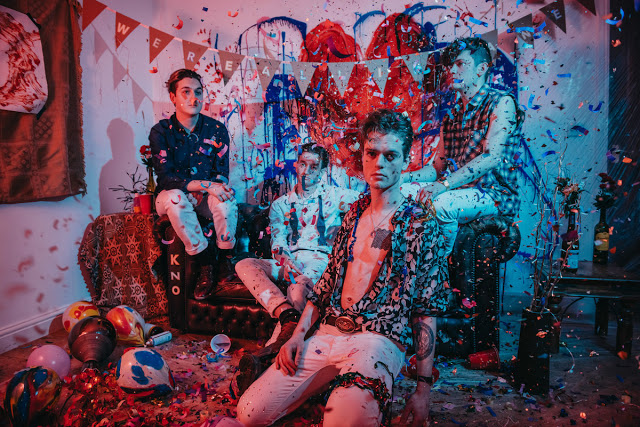 King No-One has released their new single, “Antichrist.” It follows their previous release “Alcatraz”, which has become a fan favourite after their hugely successful UK tour in 2016.

King No-One champions a band ethos that everyone is equal regardless of gender, colour or sexual orientation, in other words that “no-one is king.”  This is the central theme of “Antichrist,” a strong message of standing against the arrogance and narrow-mindedness of people surrounding recent events happening across the globe. Frontman Zach Lount describes it as “a sarcastic gesture to human history”.

They are heading back out on the road next month for their biggest run of shows to date. Their live performance is fun and flamboyant and has seen them play to huge crowds at the likes of Reading and Leeds, the Great Escape, Live At Leeds and Dot-to-Dot as well as a headlining Club NME at KOKO in Camden. King No-One is now one of the UK’s biggest ticket selling emerging bands.

Listen to their new track “Antichrist” below: