Interview: The Baroque-Pop of Storm The Palace [Exclusive] 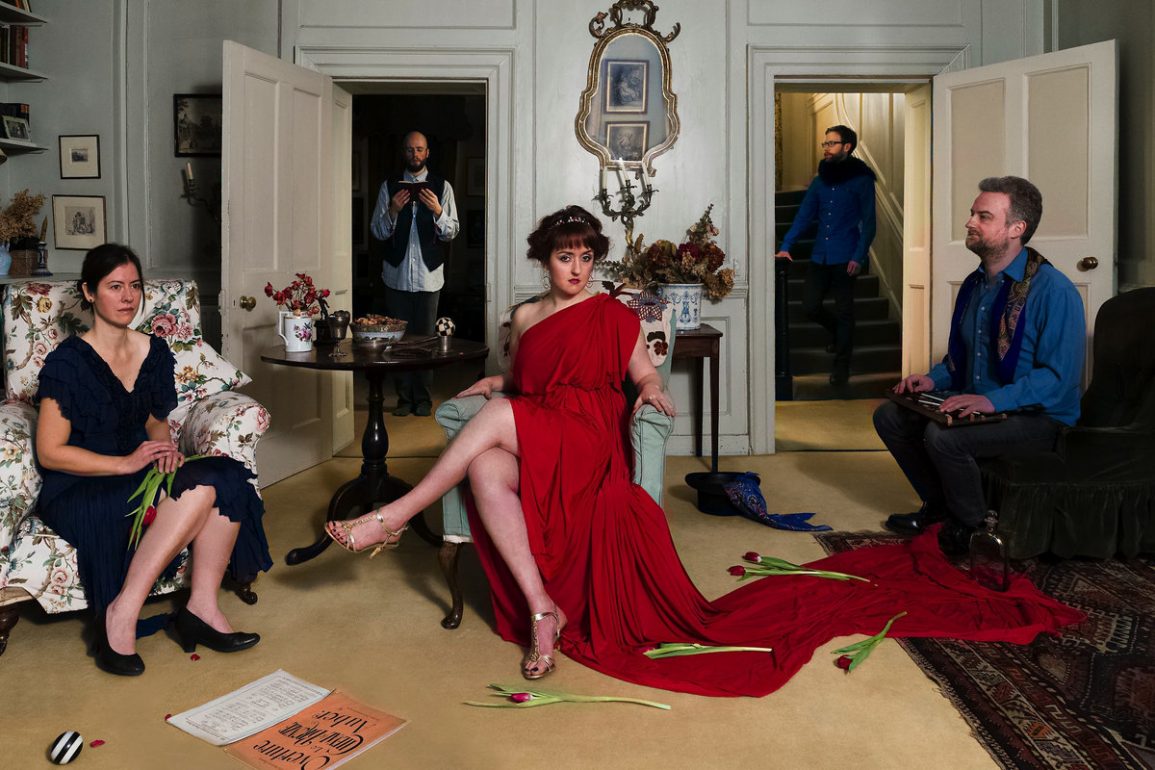 With a US tour already under their belt and a UK tour just in the bag, Storm The Palace has found themselves washed up on the shores of baroque pop exhausted, but hopefully better people for it. We grab them between cities for an exclusive chat.

Can you tell us a bit about how you met?

Gordon and I have known each other since school. Reuben I met through Edinburgh music friends. Pippa and I used to work together, and Sam I pinched from a mate’s band. I’ve been cherry picking.

For those unfortunate souls that haven’t had the chance to listen to you yet, how would you describe it?

If you were offered a slot on the mainstage at Glastonbury but you could only play if you all swapped instruments, would you do it?

For sure. I’ve never been to Glastonbury as I don’t really like festivals, but if all the bands did that it might be enough to convince me…

Can you talk us through your songwriting process?

It’s always been a bit of a mystery to me, to be honest. It’s just a sort of gloop that has to come out every so often.

What are your biggest musical influences? Are they all similar?

We have very disparate tastes. I think we all like Abba, apart from Pippa, who thinks they’re the devil. She prefers salty, banjo-based trad folk. Reuben is classically trained and mainly worships J.S. Bach. Sam has more of jazz background but also makes really interesting, glitchy electronica of his own. Gordon is probably the only one of us who follows contemporary indie music. I think his favourite band are Mew. At the moment I’m mostly listening to Jenny Hval.

Can you tells us your top 3 favourite albums ever?

No way. There’s far too many. But I will say that Belinda Carlisle’s ‘Runaway Horses‘ is the most overlooked pop-classic of all time.

What would you say is the best show you have played so far?

On our US tour we stopped at this dingy bar in Portland. We were practically falling off the stage it was so tiny, and there were no monitors so I had no idea if I was singing in tune. We just had to go for it. But we had one of the warmest responses we’ve ever had. People kept coming up to us and saying ‘Thank you for coming to Portland and expressing yourself’ – without a shred of irony!

It’s probably easiest if I just offer the following picture of Sam, sleepy in Seattle, complete with plastic flamingo and burger hat. 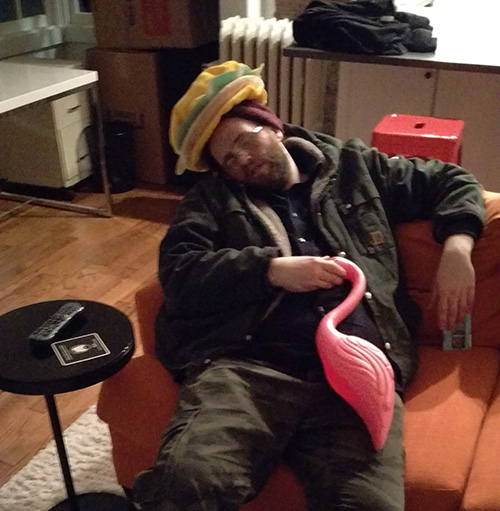 If you could choose one musician dead or alive, famous or not famous to join the band, who would it be?

Anything else would you like to add about your process, your work or yourself? You’re free to add it here.

We’ve just finished a very exhausting UK tour and a classy video that we’d like everyone to see. It’s a psychological horror set in a North London house. Take a look!