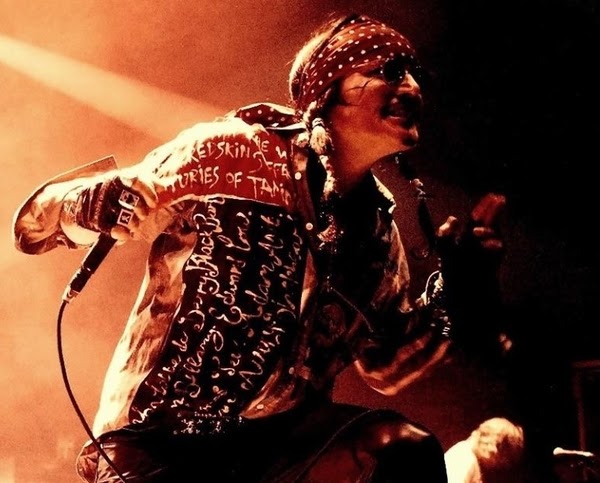 To celebrate Record Store Day, Adam Ant graced punters with a full rendition of his album “Dirk Wears White Socks.” His performances at Berwick Street & Rough Trade quashed fears that his performing ability had suffered with age and gave fans a taste of what was in store for his Hammersmith show. Dressed in an over-sized hat, glasses and leather jacket, it was a clear indication that the night was going to be full of fun, anarchy and nostalgia.
As said earlier, age hadn’t slowed him down. He still had all the charisma and empowerment of his early days. When performing his anarchist material, he let loose on songs “Stand & Deliver” and “Ant Music” with the raw hunger of his younger self. The crowd responded in the same fashion, throwing fists in the air and swaying girls on shoulders. As he delved into his latter material, the New Romantic emerged and the night took a more sexual turn; Adam “strip-teased” whilst performing “Whip My Valentine;” the audience’s anarchy melted and some were sent into a screaming frenzy. We were even treated to covers of Marc Bolan’s “20th Century Boy” & “Get It On,” Adam’s homage to one of his heroes. Adam Ant went out with a bang by ending the show with “Physical,” a further reinforcement of the night’s intensity and energy. Adam Ant has proved that nearly 40 years on he still packs a punch and despite what critics say (whom think he has lost his way) his vibrant originality is still standing strong.