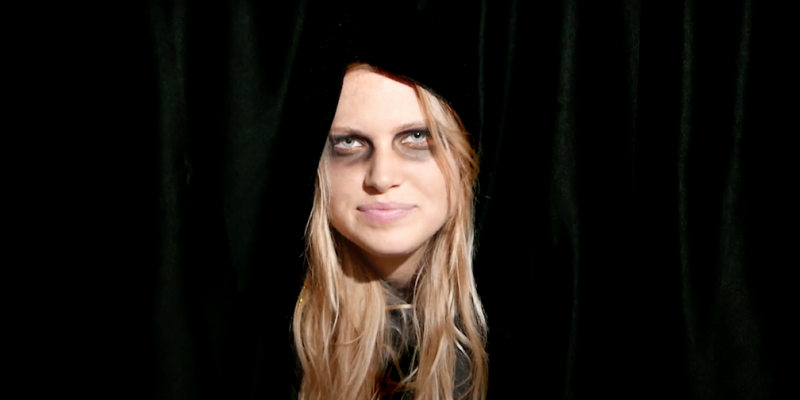 Leading the way into a song that weaves mercurially between wry observations troubled with the banality of a life trapped indoors and the surrealist visions of daydream escape, “Cosmic Fear” is a track quite unlike anything you’ll hear this year.

Described by Wakeman as “a song of apocalyptic optimism”, his latest single was written about an intense fear of space he developed in the grip of a mental breakdown; a strange two weeks in which he couldn’t physically open the curtains for fear of being overwhelmed by the sky.

As the motion passed in-time, Wakeman began to reflect on the existential meaning of what had happened and left him with the epiphany that: “it’s okay to not understand the meaning of everything…leaving some things a mystery is often where we can find magic in our lives” he says.

A song of contradictions and clarity, crippling paranoia and cathartic release, “Cosmic Fear” finds an artist facing his demons through the power of music and succeeding. A journey that winds through wobbling retrofied basslines that crawl up the walls, through enchanting duets with the Dreamstriders’ Charlotte Newman, to a euphoric and expansive climax of space-age synthesisers; “Cosmic Fear” captures all of the undulating drama of the narrative with a score just as unexpected. There’s even time for an pastoral-pop outro; a lush, string-laden coda that sets a drifting course towards infinite possibilities…

Recorded at Whitewood Studios, Liverpool by Danny Woodward (BC Camplight), “Cosmic Fear” was mastered by the legendary Pete Maher (U2).

“Cosmic Fear” is only the second single from experimental dream-pop band Jack Wakeman & The Dreamstriders. With music coursing through his family bloodstream (his grandad was once in a band with Mick Ronson), Wakeman has always known his true calling in life. Forging a successful career of his own in the Northwest of England as a bassist for some of the region’s finest acts, Wakeman notably cut his teeth over an 8 year stint playing sessions with the likes of The Fall, New Order, BC Camplight, Ethan & The Reformation, Granfalloon and Gabriel’s Wish.

Breaking away from his base in Manchester in search of a new sound and solo direction, his relocation to Glasgow soon led him to a band of like-minded souls: The Dreamstriders. Officially forming at the start of 2021, the band comprise Callum Edwards (Drums), Callum Shanks (Electric Guitar), Charlotte Newman (Acoustic Guitar/ Backing Vocals) and Elizabeth Read (Keyboards/ Backing vocals) and of course Wakeman at the forefront.

With The Dreamstriders bringing Wakeman’s visions into a lucid, technicolor focus; “Cosmic Fear” is just the latest in a clutch of extraordinary compositions from a band ready to defy expectations at every turn.