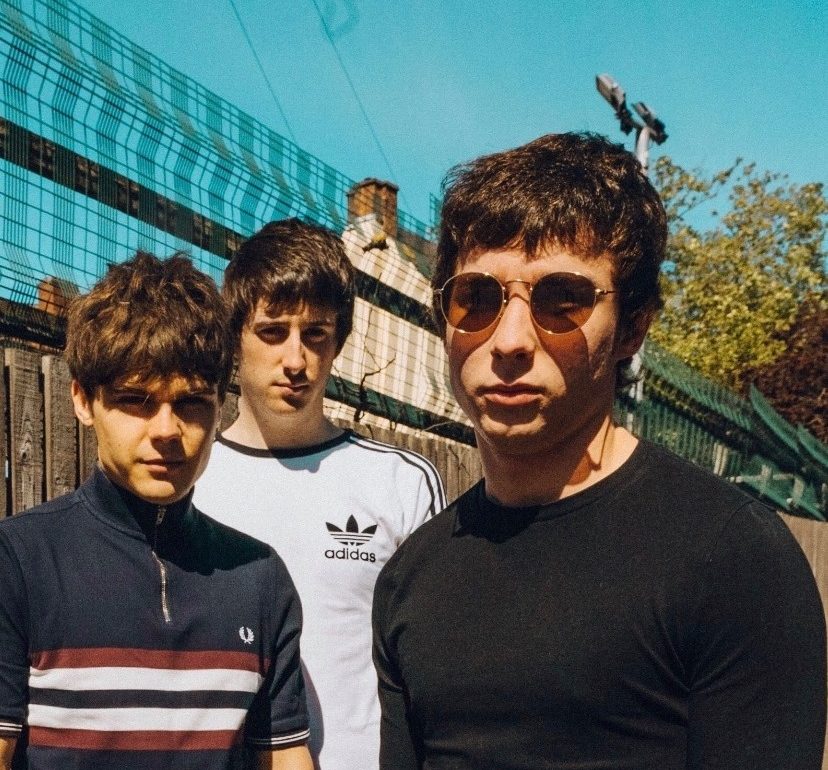 The new music video finds lead singer James Gooch stalking the darkened city streets of his hometown at the dead of night as he searches high-and-low for his fellow bandmates. Adeptly capturing the joyous chaos of the city’s nocturnal scene in full flow and the dizzying sense disillusionment we feel when separated from our friends on a night out, the ’75 Trips’ video is a simple and effective visual partner to accompany the glowering indie-rock presence of the new single.

Released on vinyl last Friday (4 October) and available to purchase now,’75 Trips’ fuses the leather-clad swagger of Black Rebel Motorcycle Club, the bluesy 4/4 stomp of the Black Keys and the simmering electronic rumblings of early Kasabian. Hailed to be “sounding brilliant” by Huw Stephens when he gave the track a spin on BBC Radio 1 recently, ’75 Trips’ is just the latest ear-pricking release from Nottingham’s hottest new prospects. An anthem about cutting-loose from the pack and living your life on this Earth to its fullest, the band’s James Gooch takes us inside the new track’s inspiration and creation:

“‘75 trips around the sun’ is a phrase I’d heard used to describe our average lifespan and is about making the most of the time you’ve got and generally living every day like it’s your last. It’s about wanting to make an impact and leaving something behind.  It was a song that really came to life in the studio and quickly evolved into the sound we were looking for. After that, the rest seemed to fall into place.”

’75 Trips’ arrives hot on the heels of their blistering previous single ‘Alright’, a track hailed by Trash Magazine as “channeling the early swaggering sounds that made Oasis and Kasabian household names” and earning itself positions as “Best of The Week” on Apple Music (Italy, Portugal & Turkey) and “Tune of The Day” on The Indie Masterplan.

One of Nottingham’s hottest new prospects right now, Reflekter formed in May 2018 and has already been compared to Rock’n’Roll greats the likes Oasis, Echo & the Bunnymen and Kasabian. A singer and songwriter on the circuit already, frontman James Gooch may already be familiar to some for his work with BBC Introducing praised act: Same Streets. Parking the project after meeting his brothers in arms at a Fontaines DC gig in Nottingham, Reflekter was born that day. Wasting little time, the band quickly began laying down tracks together at a local recording studio. These early demos soon found themselves in the lap of Jake Bugg manager Jason Hart who instantly recognized their potential. Within a year of their formation, the band released their first single ‘Caught in a Storm’, a track which organically clocked up over 20,000 streams in a week and had BBC Introducing’s Dean Jackson placing on the coveted “ones to watch list 2019”.

With festival razing sets at Y-Not and Dot To Dot under their belt and a number of Autumn dates, Reflketer is rapidly becoming a word of mouth sensation across the East Midlands and beyond. Following a SOLD OUT hometown date at Nottingham’s legendary Bodega Club last week, the band now close-out their Autumn tour with a final date at Leeds Oporto this weekend.